Did Governor Newsom do the right thing by approving Senate Bill 9? 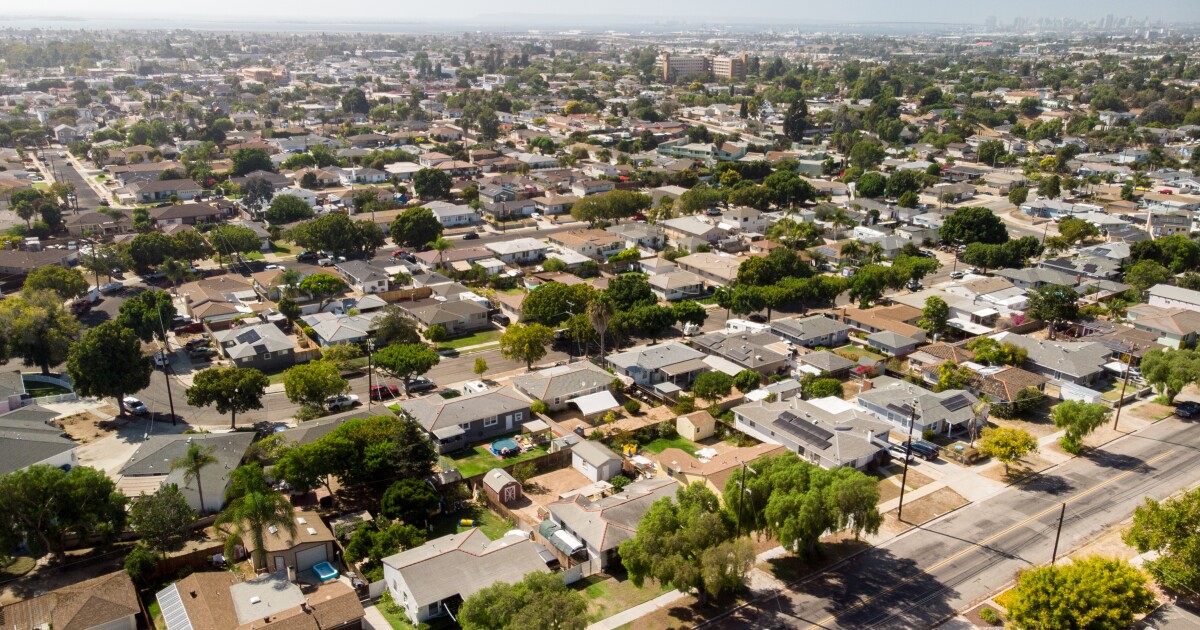 Governor Gavin Newsom recently signed a bill that would require cities to approve up to four units on what used to be single-family land.

The legislation, Senate Bill 9, will allow split lots to be sold separately. Owners wishing to divide a lot should swear that they plan to have one of the units as their primary residence for at least three years.

The bill, by state Senate leader Toni Atkins of San Diego, was fiercely opposed by 241 cities and numerous groups across the state who argued it took away control of local zoning. The idea behind the legislation is that increasing housing options could reduce costs and allow people to live in the neighborhoods where they work.

Critics of the bill argue that it may not create as much housing as lawmakers think because average homeowners may not have enough money to redevelop their land, leading to gentrification in existing neighborhoods instead. to reduce costs.

YES: New state and local laws promote increased housing density. Historically, many parcels in San Diego County were defined under a different set of regulations that encouraged suburban-type developments with relatively large lots and low densities, and most of these residential parcels were developed. Redefining lot boundaries will free up much-needed space to help ease the housing crisis and benefit owners who have not had the opportunity to optimally develop their property.

NO: The legislation seizes the property rights of homeowners who purchased their properties in the expectation that they were buying in a neighborhood zoned for similar single-family homes. Without requiring additional infrastructure, it invites parking problems, overcrowding of schools, and additional pressure on police, fire protection, and other public services. It eliminates open or green spaces without compensating for parks. It usurps the local control and broad public input that has shaped community plans and their updates.

NO: Although well-intentioned to increase the housing stock, Senate Bill 9 may have unintended consequences. It may be beneficial for those with access to capital to redevelop their property, but less so for black and brown homeowners who typically have more limited equity and ability to secure financing. Even with the three-year residency “intent” requirement, speculators could make unsavory deals with disadvantaged landlords. For those invested in place, the potential change in community character is another concern.

NO: It’s hard to conceive of more invasive action the legislature could take on cities overriding local control affecting the nearly seven million California homeowners who have successfully acquired their own single-family homes. The law creates a huge opportunity for real estate speculators to take over established single-family neighborhoods, cause higher housing densities in areas not intended for such numbers, and defeat well-established planning goals. established encouraging development near transit corridors and employment centres.

NO: Adding unreasonable units to currently zoned neighborhoods is unreasonable. Our residential streets will be turned into parking lots. There are many opportunities for housing in areas currently zoned industrial or commercial. Why not build on top of huge retail stores with acres of parking at night? The City of San Diego and County must first maximize their land.

YES: We need housing to sustain our economy, and this legislation urges the local government to allow it, after decades of resistance. Disclaimer: I don’t see a realistic scenario where infill construction will bring enough additional housing to cause our regional prices to drop. But since the cost of land is the most important factor in the price of houses, building on a lot divided into districts means building houses on less land. Therefore, they will be low-priced houses. And most will be rentals.

YES: There is a severe shortage of housing in the state, especially in the coastal areas. Despite the naysayers, people still want to live on the California coast and they are not gaining more land. The only solution for fully built-up areas is to allow for increased density. Senate Bill 9 does, but includes safeguards against projects that threaten public health and safety. It’s not the complete solution, but every small step is needed to tackle the state’s housing affordability problem.

Do not participate this week.

NO: I am not yet convinced that the bill does what it tries to do: address the serious problems of housing availability and affordability. The bill is well-intentioned, but appears bluntly drafted, without serious consideration of the impacts of increased density (e.g., parking), or the likelihood that the primary beneficiaries will be commercial real estate investors and sellers houses (not buyers/renters). If the state plans to override local jurisdictions, a more nuanced bill is in order.

NO: If my neighbor builds four houses on the land next to me, the value of his property goes up and mine goes down. Should he compensate me if he does this? Zoning regulations are a way to solve this problem, allowing him and me to commit in advance to the characteristics of the neighborhood in which we both plan to live. Local regulations are imperfect, but they are preferable to a one-size-fits-all solution. all dictate from Sacramento.

NO: The answer to the housing problem is not for the state to take control of zoning laws away from local elected officials and voters. It will only be solved by making it cheaper to build new housing and multi-unit housing in suitable locations. Building multiple units on what was previously a single-family lot will add to traffic congestion and strain community resources and infrastructure. Developers and speculators will profit at the expense of long-time residents.

NO: While I applaud efforts to increase housing supply and affordability, and like to limit the powers of the California Coastal Commission, this sweeping bill conflicts with restrictive height limits that make almost impossible to add density without demolishing houses and building micro-units, then without adequate parking. I suspect most cities will find themselves in a lawsuit with the state. Perhaps it would be more effective to challenge covenants on minimum lot sizes and height restrictions in areas near public transportation?

NO: While homelessness and affordable housing remain a critical issue in our state, Senate Bill 9 is a step in the right direction, but is unlikely to have a significant impact. The bill undermines local planning and control and could have unintended consequences, including overcrowding and stressed infrastructure. It may also provide an opportunity for community land trusts and qualified non-profit corporations to develop the properties as they are exempt from the three-year owner occupancy requirement. Reducing red tape (including fees/taxes/regulations) as well as labor and building material costs in California could help reduce home construction costs and increase affordability.

YES: Too many California households are spending an excessive share of their income on rent or mortgage payments because housing supply has not kept pace with demand. Increasing housing density will help correct the imbalance. Until the housing stock increases and becomes more affordable, employers will find it increasingly difficult to attract and retain employees. Senate Bill 9 alone will not solve the housing crisis, but it is a step in the right direction.

Do you have an idea for an EconoMeter question? Email me at [email protected]