Is the failure of Zillow Offers a sign that something is wrong with the real estate market? 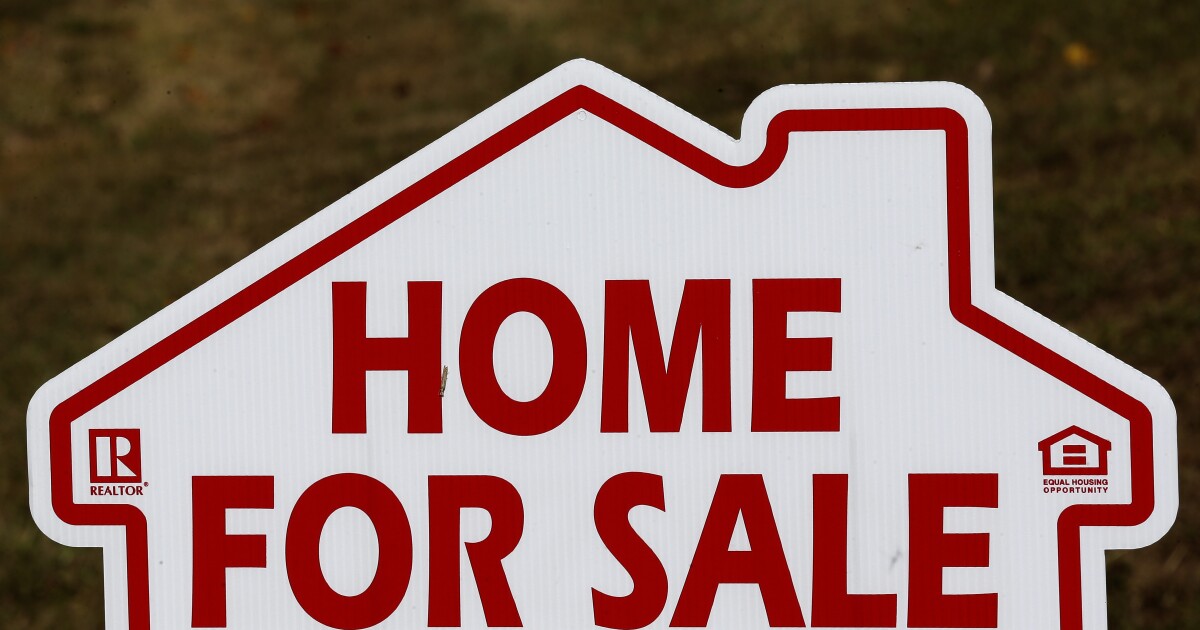 Zillow’s decision to halt its home buying business, Zillow Offers, has led to speculation that the housing market may not be very healthy.

Zillow said his decision was based on a backlog of renovations, labor shortages and other operational delays.

The Seattle-based company stopped buying at the start of the pandemic when the market was uncertain. Some analysts have suggested that Zillow is once again preparing for a change in the market.

“Is it possible that Zillow is seeing something in their data… Tom White, Internet research analyst at DA Davidson, told MarketWatch.

Q: Is the failure of Zillow Offers a sign that something is wrong with the real estate market?

YES: Home prices have risen faster in the past 10 years than in the decade before the 2008 crash. While I think San Diego is a fantastic long-term investment, I wouldn’t be surprised to see a short-term adjustment over the next two years. With a lot of data, Zillow can identify micro-local opportunities and market changes. Their recent strategic shift could be driven by sheer capacity and global exposure. Otherwise, I would expect them to continue making select investments.

YES: I don’t think Zillow’s failure is a sign that there is something wrong with the real estate market, but rather their business model. In a rapidly changing market, their algorithms are likely not to keep up with changes in the market. Zillow’s CEO admitted that their algorithm was flawed and failed to accurately predict a slowdown in rising house prices. This could explain why Zillow never made a profit in his home buying business; Zillow sold 66 percent of their homes at an average loss of 4.5 percent.

NO: Zillow’s failure is the result of a lack of experience in executing the plan. They missed the impact of seasonality; missed the fact that the buyer’s frenzy creating instant sales would come to an end, and they failed to reduce the purchase prices by sufficient margins for quick resales. Their evaluation model, like all evaluations, is flawed and sometimes lacks the high end. They may have overpaid on 30 percent of the homes purchased, while 10 percent should be the maximum for a successful iBuyer program.

NO: It seems to be more of a business mistake. They tried to accurately predict the cost of buying and selling homes in this current market using aggressive algorithms and ended up paying too much for the homes. Competitors, on the other hand, adjusted theirs lower earlier this year, predicting a colder market. Add to that supply chain issues and labor shortages, and Zillow is now faced with the resale of thousands of homes at a loss. They just tried to beat the market with an algorithm, and it didn’t work.

NO: Zillow is the only one among iBuyers to suspend home buying activities. Rivals continue to buy and sell houses. Real estate markets have several known issues, such as building homes that aren’t keeping pace with demand, but they don’t offer a clear explanation for Zillow’s decision. Perhaps Zillow is not sure that it can sell its existing inventory at prices that generate sufficient margin. But it is difficult to envision a general decline in house prices.

NO: The failure of Zillow Offers highlights the difficulty of using machine learning and artificial intelligence to make complex decisions in the real world. Many aspects of a home’s valuation can be quantified, such as the number of bedrooms and bathrooms. However, the reality is that the choice to buy a home is often based on subjective human decisions such as personal point of view or preferences. This is only the beginning, AI and machine learning will become more prevalent in decision making as these tools mature.

YES: The closure of Zillow’s house probably indicates in part the company’s view of the growing risks that prices could fall or decelerate more quickly on its large stock in circulation. Most importantly, it reflects Zillow’s operations. This division fell short of expectations in its 3.5 years of existence, losing nearly $ 80,000 per home in the third quarter. Its reliance on algorithms has often caused it to miss fluctuations in the local market, while delays in renovations and closures have compounded its losses.

NO: Zillow’s decision is for its business efficiency. Probably not based on a near collapse in the real estate market. Concerns are justified regarding labor and supply conditions, including higher costs. There are more signs that the housing market will remain strong until at least 2022. Inventories are expected to remain low, which will stimulate demand. Gen Y naked shows. Last year we saw them increase home sales by buying their first home. However, the increase in mortgage rates could shake the market.

YES: After racking up over $ 1 billion in losses over the past 3.5 years, Zillow’s closure of his iBuyer business has significant ramifications for the real estate industry. Since the July peak, margins have retreated and the market has started to cool, but Zillow bought more homes in the third quarter of 2021 than the previous 18 months combined. As Zillow continued to pay top dollar for homes, other iBuyers Opendoor and Offerpad saw the signs and made strategic adjustments.

YES: Every time a company throws a product on the market, especially at a reduced price, it’s an indication that something is going on. It could be that Zillow has stretched its debt too much or they are seeing a market downturn. While the key to their success is home renovations, the shortage of labor and materials for the renovation can make owning properties too expensive. Or a combination of all three. Whatever the reason, I think we’ll find that the San Diego real estate market continues to be strong.

NO: It’s a sign that something is wrong with Zillow. Obviously, to realize this gigantic loss, they used the wrong analytical approach to measure prices. This only illustrates how “local” the real estate market is and how complicated it is to nationalize it. The takeaway for all of us is knowing your local market. Some markets are now immersed in a long range of peak prices, and corrections are likely in the coming months.

NO: The fundamentals of the residential real estate market remain solid. The economy is booming and more and more people are returning to work. Some people built up a COVID ‘piggy bank’ because they kept making money but had no place to spend it. Some are using these funds as a down payment on homes, even as interest rates rise as expected in 2022. Zillow’s downturn is likely unique to the company, as most of its competitors continue to be involved in the market. Marlet.

NO: There was a window of opportunity where “flipping” houses in a short period of time was possible. Values ​​are not rising as quickly as they used to and will peak or correct a bit at some point. House rents are now very high, so investors are likely to take back the houses owned by Zillow. The real estate market is cyclical – the problem is with Zillow Offers’ business plan – not the market.

NO: The problem was with Zillow’s computer algorithm, not with the housing market. It’s wonderful that services like Zillow can give you a quick rough estimate. But a human in the field knows things that a remote computer doesn’t. The people who sold to Zillow were the ones who knew Zillow was offering them more than they could get from an actual buyer. Zillow planned to take advantage of uninformed sellers. But it ended the other way around.

Have an idea for an EconoMeter question? Email me at [email protected]