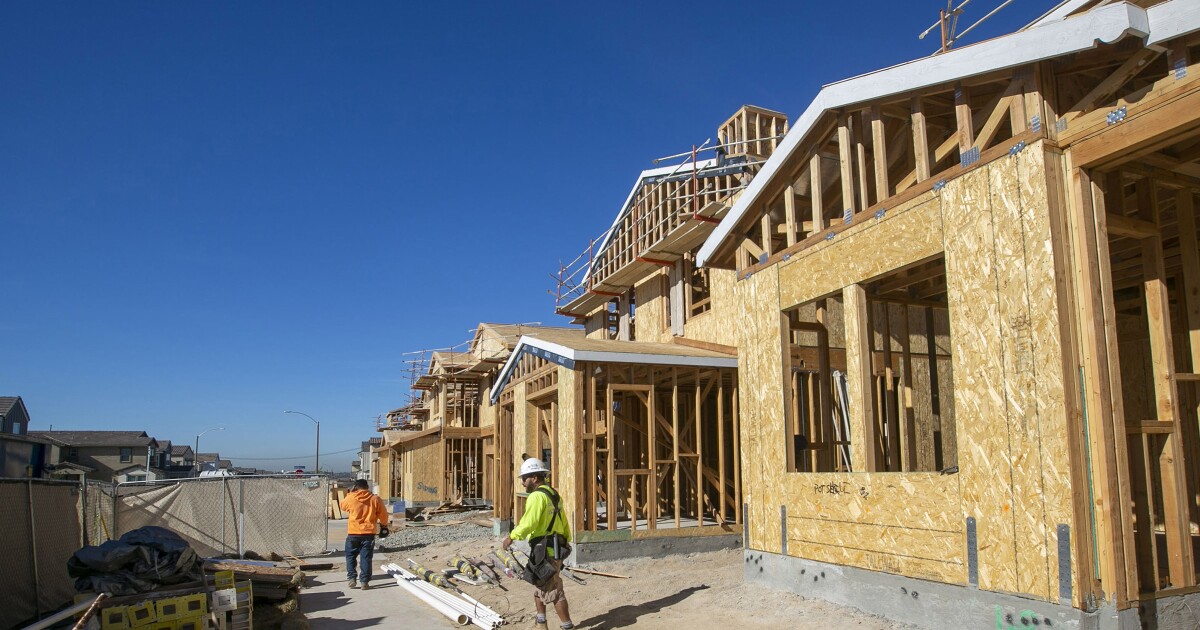 With a housing crisis driving up house prices, San Diego County officials have approved a plan that they hope will boost homebuilding efforts for low- and middle-income San Diego residents.

On Tuesday, the San Diego County Board of Supervisors unanimously approved a measure introduced by Supervisors Terra Lawson-Remer and Nora Vargas that promotes housing “fairness, sustainability and affordability for all.”

“The San Diego area is facing a serious housing crisis,” the letter from the board of directors reads. “Housing prices have far outpaced inflation and wage growth over the past decades, making rents and house prices out of reach for many residents, forcing households to make serious compromises to live in the city. region and contributing to a historic increase in homelessness.

The region lacks 88,400 homes, or about 7% of the regional housing stock, he said. The greatest shortages are in low- and middle-income housing, which supervisors have termed “fair housing”. Residents in this category include active and middle-class families, the elderly, students, single parents, and education and health workers.

Rental prices have gone up so much that a person working minimum wage would have to work 125 hours a week to pay the current rent rate, Lawson-Remer said. Meanwhile, buying a house is inaccessible for many families.

“Homeownership is increasingly out of reach,” she said, adding that the percentage of people who can afford to buy a home is at its lowest in decades.

The plan aims to close that gap, she said, by “building the right kind of housing that the working class in San Diego can afford, and building it in the right places” to avoid making the climate crisis worse. with additional greenhouse gas emissions or increased forest fires. .

The measure asks the head of the county administration to assess “fair housing” options and bring in housing consultants for the effort.

He asks the Director of the General Services Department to perform an assessment of the Sorrento Valley East and West real estate market “to document general market trends and the conditions for a potential acquisition and redevelopment along the corridor. transit “, the letter indicates.

Supervisor Jim Desmond added that the assessment should also include the Buena Creek area in Vista, which he said includes a Sprinter stop and would be in line with the council’s goal of encouraging housing in transit lanes. .

It also directs the CEO to develop a stakeholder outreach plan that could include people involved in the housing and real estate sector, local officials, environmental groups, workers and low-income people and moderate.

He is authorizing about $ 1 million for this effort and calls on staff to present a plan to supervisors by December 15.