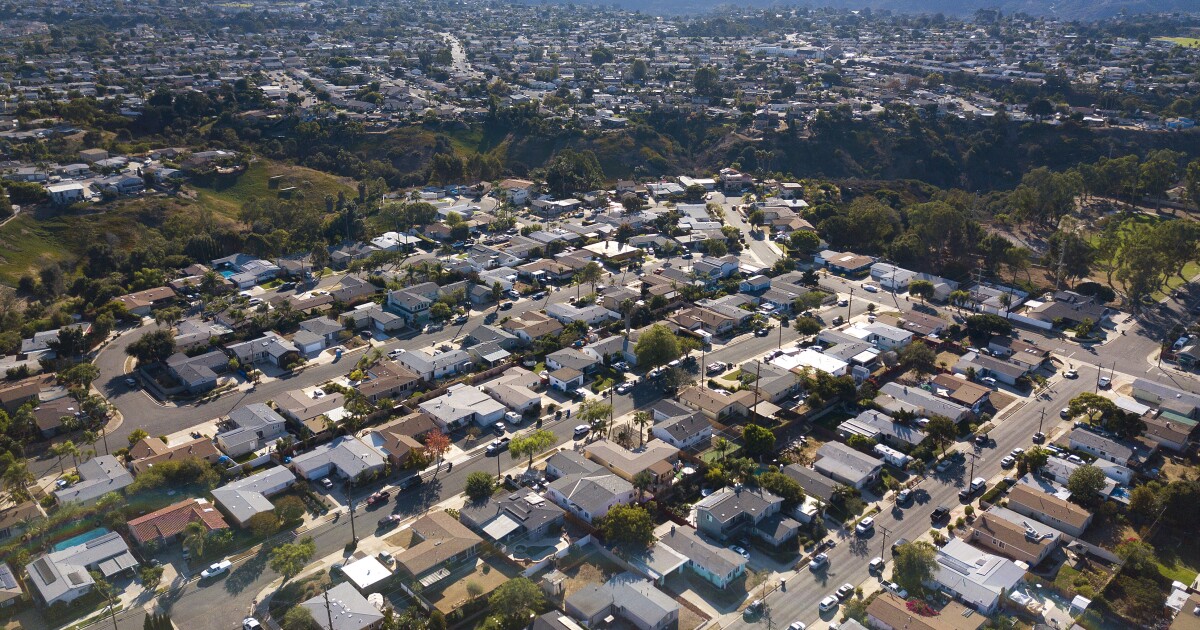 San Diego County’s median home price continued to climb in November to a new high of $750,000 as limited inventory put pressure on prices.

Local prices are up 15.4% year-on-year, CoreLogic/DQNews reported Thursday. The new median — which includes new and resold condos, townhouses and single-family homes — is above the high of $749,750 reached in June.

There were 3,646 home sales in November – the lowest figure since February – as the number of homes on the market remained near record lows.

There were 2,738 homes for sale from Nov. 8 to Dec. 5, data center Redfin said, its lowest level on record dating back to 2017. Sometimes sales can exceed inventory in any given month. when the process of closing a sale, called an escrow, takes longer than a month. However, it is rare and reflects a sharp decline in homes for sale.

“It’s not going to get easier for buyers anytime soon,” he said.

Thomas said the situation is unlikely to improve next year, with potential sellers keeping homes off the market for a variety of reasons: rising COVID-19 cases, lack of homes in San Diego to move to if sellers decide to part with current properties and, in the short term, owners are unlikely to put homes on the market over the holidays.

He also said mortgage rates are expected to rise in 2022, which could entice buyers to get into a home before rates climb further.

So far, rising interest rates have not seemed to deter buyers. The interest rate for a 30-year fixed-rate mortgage was 3.07% in November, Freddie Mac reports, down from 2.77% the year before. The rate is up from the December 2020 average of 2.68%, which was the lowest on record since 1971.

Real estate agent Najla Wehbe Dipp said she felt bad for a buyer she worked with who had been looking for a small condo in Carlsbad for several months. She said they had recently bid $50,000 above the $500,000 asking price for a condo around 750 square feet, but still lost.

In addition to offering more money, they offered an eight-day inspection contingency and a 15-day escrow closure. Dipp said she received a call from the listing agent who told her she had received 12 offers and four of them had canceled all contingencies, which are designed to give buyers time to inspect the property to make sure there are no major issues.

“You can’t really compete with that,” she said. “I can’t advise my clients not to have an inspection emergency and be stuck with a problem in a few years.”

Dipp said she’s spoken to sellers who may have considered putting homes on the market but feared they had nowhere to go. She said the best-case scenario would be if they left the state, but it would be difficult if they wanted to stay in San Diego County.

“They are stuck with: where am I going? ” she said. “If you’re selling your home, you know you’ll be stuck in the same position as so many other (homebuyers) out there.”

In November, Redfin said 64.5% of homes had been taken off the market in two weeks. That’s up about 54 percent at the end of the summer.

Samantha O’Brien, real estate agent at PorchLight, said she had determined buyers over the holidays, but some of her clients decided to take a break from their search.

“The market kind of scares them away,” she said. “I think it’s because there’s nothing on the market and every property they see and like ends up costing about 10% more than the asking. What they thought they could buy disappears before their eyes.

Price increases were nearly universal in Southern California in November. Riverside County saw the biggest annual gain of 20.2% for a median price of $546,750.