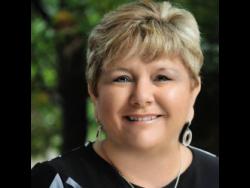 UCC Group of Companies has engaged the services of brokerage firm Mayberry Investments Limited to organize the floating in the market of two property companies in its portfolio mid-year, one of which owns its RE/MAX franchise operations.

However, Mayberry was not so definitive on the timeline.

“We intend to try to complete these registrations later this year. We are in the early stages of the regulatory process, but there is no reason why we cannot complete this process in the next nine months,” said Dan Theoc, vice president of Mayberry Investments.

The name of Marquis Holdings, which owns the operations of RE/MAX Jamaica and RE/MAX Elite, is expected to change ahead of the IPO.

The new CEO is expected to be in Jamaica by February 21. She reportedly has 37 years of experience in the real estate industry, including nine as executive director of growth and business development for RE/MAX Integra, the largest independent RE/MAX brand franchise, representing 12,000 agents worldwide. Canada only.

She was also Director of Business Development for Prudential First Realty in Canada, where she managed five locations and 157 agents.

At UCC, Sears is expected to prioritize RE/MAX Elite earnings growth, the recruitment of new talent and the development of a new marketing strategy targeting international residents seeking to purchase luxury properties in Jamaica and the Caribbean. It will also seek real estate agencies to acquire inside and outside of Jamaica.

RE/MAX Elite and RE/MAX Jamaica were added to the portfolio of UCC REID, the real estate and real estate arm of the UCC Group, following their acquisition on October 15, 2021. The agreement included the activities, expertise and properties intellectual properties of RE/MAX Elite, a real estate company that has been operating in Jamaica for 12 years, and three commercial real estate properties in Kingston and Montego Bay held under RE/MAX Elite.

The acquisitions fit the UCC Group’s plan to diversify its operations, including the development of a university town with technical and vocational training facilities for some 5,000 global students; and the sale and rental of residential and commercial properties in Jamaica. The company’s principal activity is the operation of a private university, based in New Kingston.

Sears will directly control RE/MAX Elite, which plans to expand its services to four Caribbean countries, including Barbados and the Dominican Republic, and will indirectly oversee RE/MAX Jamaica as CEO of UCC REID.

“There have been many high-level meetings about how we present the RE/MAX brand in Jamaica and I will be focusing on the unique value propositions we can bring to the market,” Sears told the Financial overviewr.

Proceeds from the real estate IPO will support UCC Group’s plan to develop a college town at a location to be determined on the western tip of Jamaica. Capital raised from the Marquis Holdings offering will also be used to expand RE/MAX Elite’s services to targeted Caribbean markets.