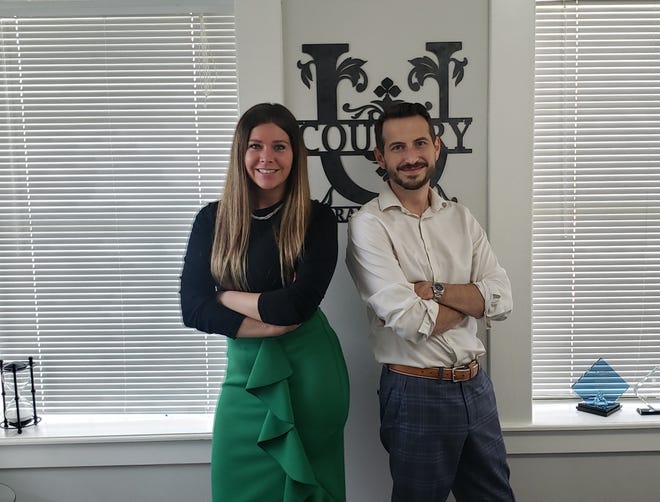 United Country Southern Oklahoma Realty is currently the top-selling company in the region with $ 50 million in revenue so far this year. This information comes from the Southern Oklahoma Board of Realtors’ Multiple Listing Service which tracks all sales for the area stretching from the Red River to Wynnewood and west of Ringling to east of Tishomingo.

The climb to the top was done quite quickly. Owner and brokerage Sarah Fulton bought the business in January 2019, and sales for the previous year totaled approximately $ 5.5 million. In its first year, sales jumped to $ 16 million and then to $ 20 million in 2020 after owner and managing broker Marcus Cunningham joined the team. They expect total revenue of $ 60 million by the end of the year.

While their goal was still to hit $ 50 million in sales in one year, Fulton said they didn’t expect to see it so quickly.

“We had a five-year plan to hit our goal of $ 50 million and become the number one company, but we got there much faster than expected,” said Fulton. “That’s partly because of Marcus’ hard work and the agents we were able to recruit. I feel like we have a really good team. Everyone is doing brilliantly and I’m really proud of everyone. people in the office. “

Cunningham agreed that it was the agents who made this possible.

“We were very lucky to have some really great people,” he said. “We have worked very hard to develop each individual and help hone their individual strengths to make them as successful as possible. “

Part of getting the right people includes building a team of agents who specialize in a wide range of areas with experts in different types of residential and commercial sales. Cunningham said their sales are currently made up of roughly 50% residential and 50% commercial.

“We try to match our agents so that we don’t all do exactly the same thing,” he said. “So we have an agent specializing in investment rentals – duplexes, quadplexes, apartments, trailer parks. Then we have other agents who specialize in markets such as marijuana dispensaries and grow facilities, and others who specialize in high-end residential properties. “

Fulton said they were extremely happy with their success, especially at a time when all real estate was doing extremely well.

“There are a lot of other amazing companies and people that are doing an amazing job and absolutely killing it,” she said. “We are just humbled and grateful that our customers and the community have trusted us when they have so many other fantastic options.”