Weird nuclear missile silo for sale in Kansas ‘could be Airbnb’ 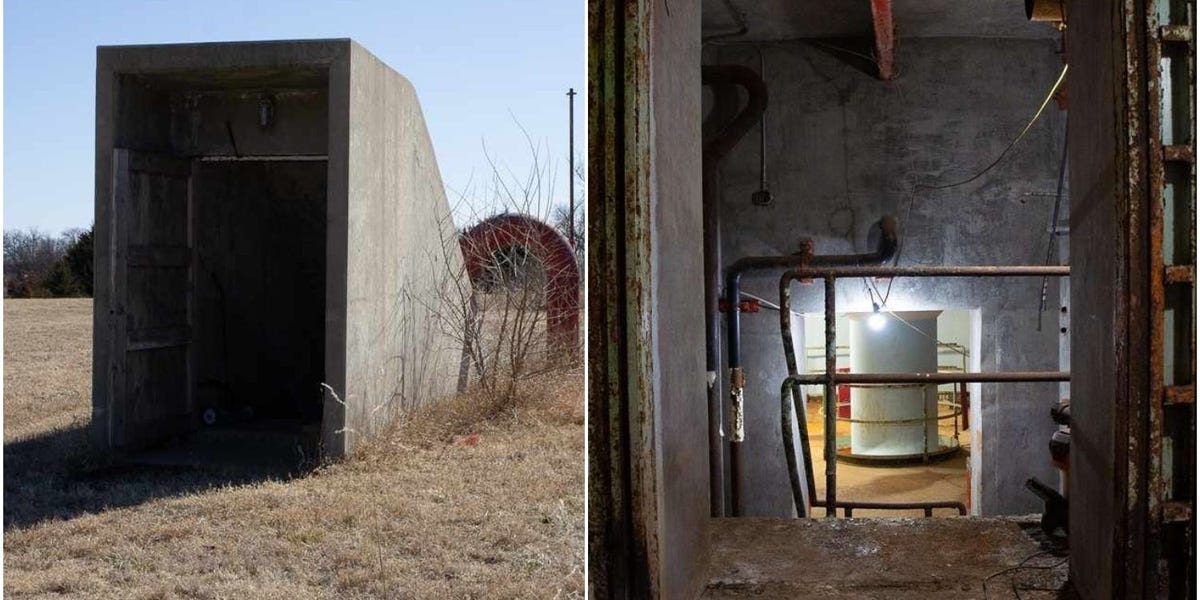 A property with a disused missile silo, designed to store and launch Atlas-F intercontinental ballistic missiles during the Cold War, is on the market for $380,000.

It is part of a 6,900 square foot underground complex in rural Abilene, Kansas that once housed a missile, launch pad and crew quarters.

The complex, built in 1961, has its own water, electricity and sewage system, as listed. And, the list notes, it’s designed to withstand nuclear attack.

While it might seem like the perfect hideout for a Doomsday prep, the real estate agent told Insider there are “all sorts of things” you could do with this odd property.

“A person could use it for a house, a bed and breakfast or an Airbnb,” said John Dautel of Hirsch Real Estate. “I got a call from someone on the west coast who wants to install computer components there.”

A potential buyer might also choose to use the expanse of grassy Kansas plains that comes with the unique Cold War relic. “One person thinks he could use it for renewable energy, put solar panels on the 11 acres,” Dautel said.

The missile silo was built just a year before the Cuban Missile Crisis – when the Cold War came dangerously close to escalating into full-scale nuclear war.

It was decommissioned in 1965 and fell into disrepair and disrepair, Dautel said. The metal from the missile silo was “salvaged,” the realtor continued, including the cradle that held the missile upright.

What remains is a 170-foot-deep missile-shaped concrete structure.

Also located on 11 acres of land in the Great Plains is a 4,000 square foot Quonset building with water, sewer and electricity.

There is a one room building which could be used as an office or for storage, according to the listing.

There are also the remains of a motorcycle repair shop.

“It’s currently zoned for residential use but, in the past, there was business, so I don’t think industrial or commercial zoning would be an issue.”

The property was listed on December 27, 2021. “If you want something that offers security and uniqueness, then this property is for you,” the listing reads.