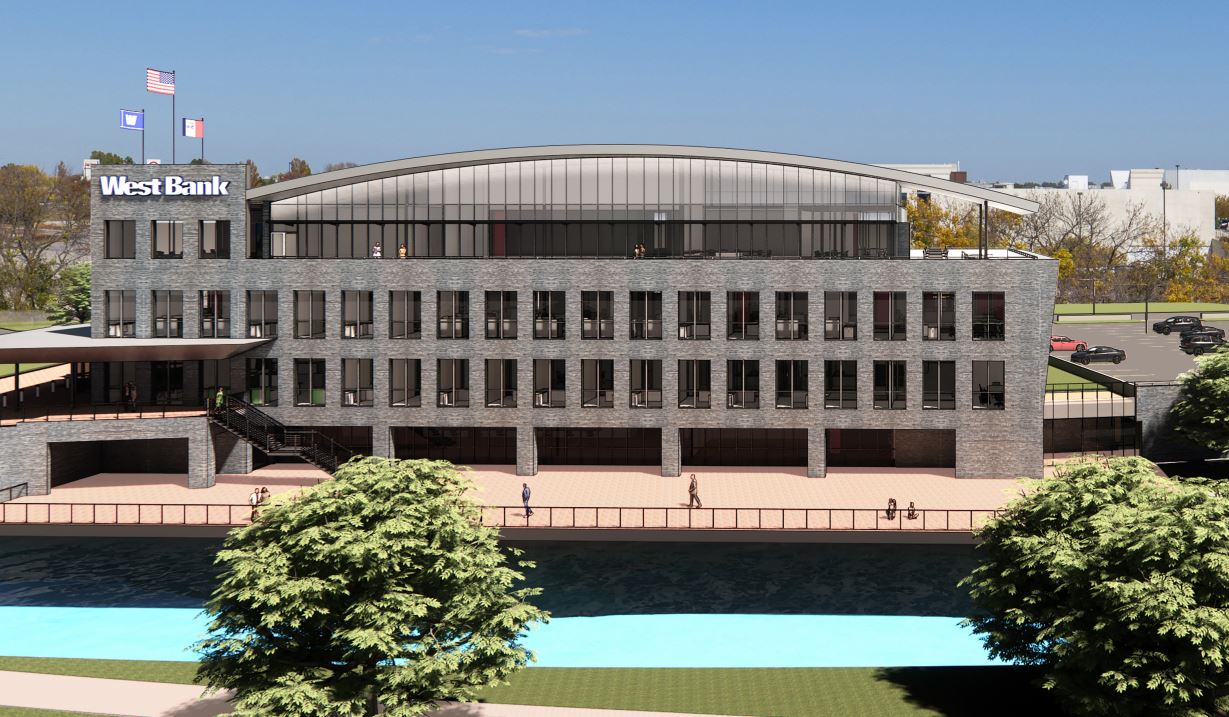 West Bank, a longtime West Des Moines company, paid $4 million for about 7.5 acres where its new headquarters are planned, according to Polk County real estate records.

The West Bank plans to construct a four-story, 62,000 square foot building on the site. The bank’s headquarters are currently located in an office building at 1601 22nd St. in West Des Moines that it has leased since 1972. West Bank’s lease expires in approximately 28 months.

The site along Westown Parkway currently includes a mostly empty neighborhood mall, a vacant restaurant building, and three other structures, including a building that houses Twisted Vine Brewery. the the brewery is moving to the Market District of downtown Des Moines.

Plans call for four of the buildings to be razed. A building occupied by Bank of America will remain until the end of the bank’s lease, approximately nine years from now.

West Bank continues to work on finalizing the building design and obtaining necessary approvals from the City of West Des Moines. Henning Paric, headquartered in Johnston, is the general contractor for the project.

Construction of the new headquarters is expected to begin this spring.

The real estate transaction was registered on January 19.