When homes sell in a matter of days, how do Durango real estate agents keep pace? – The Durango Herald 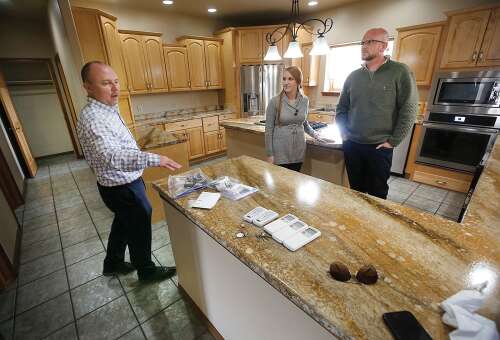 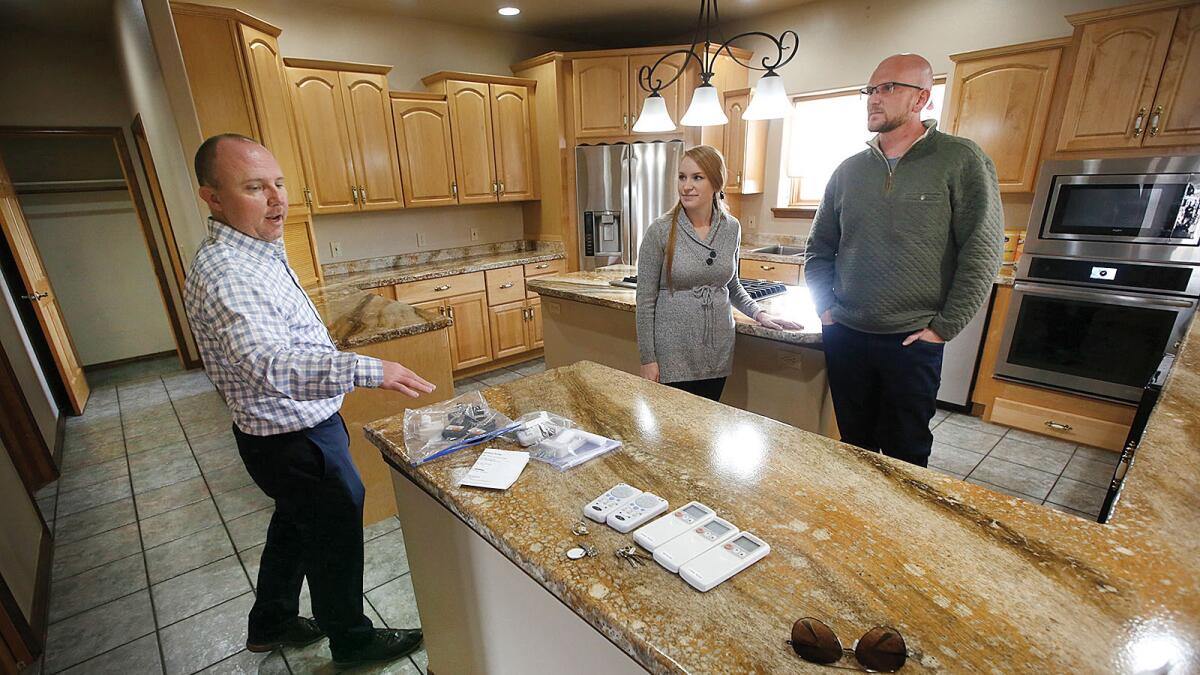 Realtors in Durango and La Plata County have had to adapt to a new and rapidly changing landscape since the pandemic rocked the market in April 2020.

Lois Surmi, chair of the board of directors of the Durango Area Association of Realtors, said the local market was something she had never seen in her 27 years as a broker.

“It’s a whole new world for us right now,” she said.

Homes are bought as quickly as they come to market, Surmi said, and a lack of inventory increases demand and the amounts buyers are willing to pay for a home.

She said that the sellers of houses run the market. If you are a real estate agent and you have a salesperson then you know you have a sale. She called selling agent in Durango these days a “dream job”.

But buyer’s agents might be experiencing something slightly more of a nightmare. If you are a buyer’s agent, you have to work three times harder than before.

“You have to be on your game if you’re working for buyers trying to find something for them,” Surmi said.

The rate at which homes are being purchased is so rapid that potential out-of-state buyers will seize an opportunity before they have had a chance to view the property in person. If they don’t like the property, “they will cancel the contract and then it will be put back on the market,” she said.

The Durango Area Association of Realtors released third quarter market data that shows prices in almost all segments of the housing market have risen since last year.

Median prices in the “La Plata Country Homes” and “In Town” residential property categories have increased by more than $ 100,000, although the number of “In Town” units sold is down.

Properties are bought as soon as they hit the market, but that doesn’t happen automatically. Real estate agents and listing agents work with buyers and sellers to make sure these transactions go through.

So what’s it like to work in such a fast-paced environment as the current Durango real estate market?

For Durango real estate agent Todd Sieger, the real estate boom in the midst of a pandemic is the most stressful market he’s ever faced.

Sieger, who has worked in real estate for more than 20 years, said he found the current market more stressful than the 2008 recession, which was defined by the collapse of the housing market.

Sieger said he got his real estate license around 2000, so he was still relatively new to the scene when the housing market collapsed in 2008. He said if Durango hadn’t been hit so hard by With the crash as areas like Southern California, Florida and Phoenix, there was still a huge lull in sales and low income stress, along with plenty of downtime.

But right now, he said realtors face the opposite problem: Properties are selling so fast there’s a mad rush of buyers bidding on anything that becomes available.

“We kind of joke that to ourselves, but there are a lot of brokers who say, ‘I just wish it was like 2019 again,'” said Sieger, of Coldwell Banker Distinctive Properties of Durango.

The 2019 market was healthy with reasonable prices and inventory.

Sieger said that when the real estate industry started to move again after the start of the pandemic, the market turned into something it had never seen before. He said some of the offers he saw were “just plain insane” considering how much people are willing to bid above the asking price – realtors are seeing multiple offers on properties 10% above the asking price. asking price. 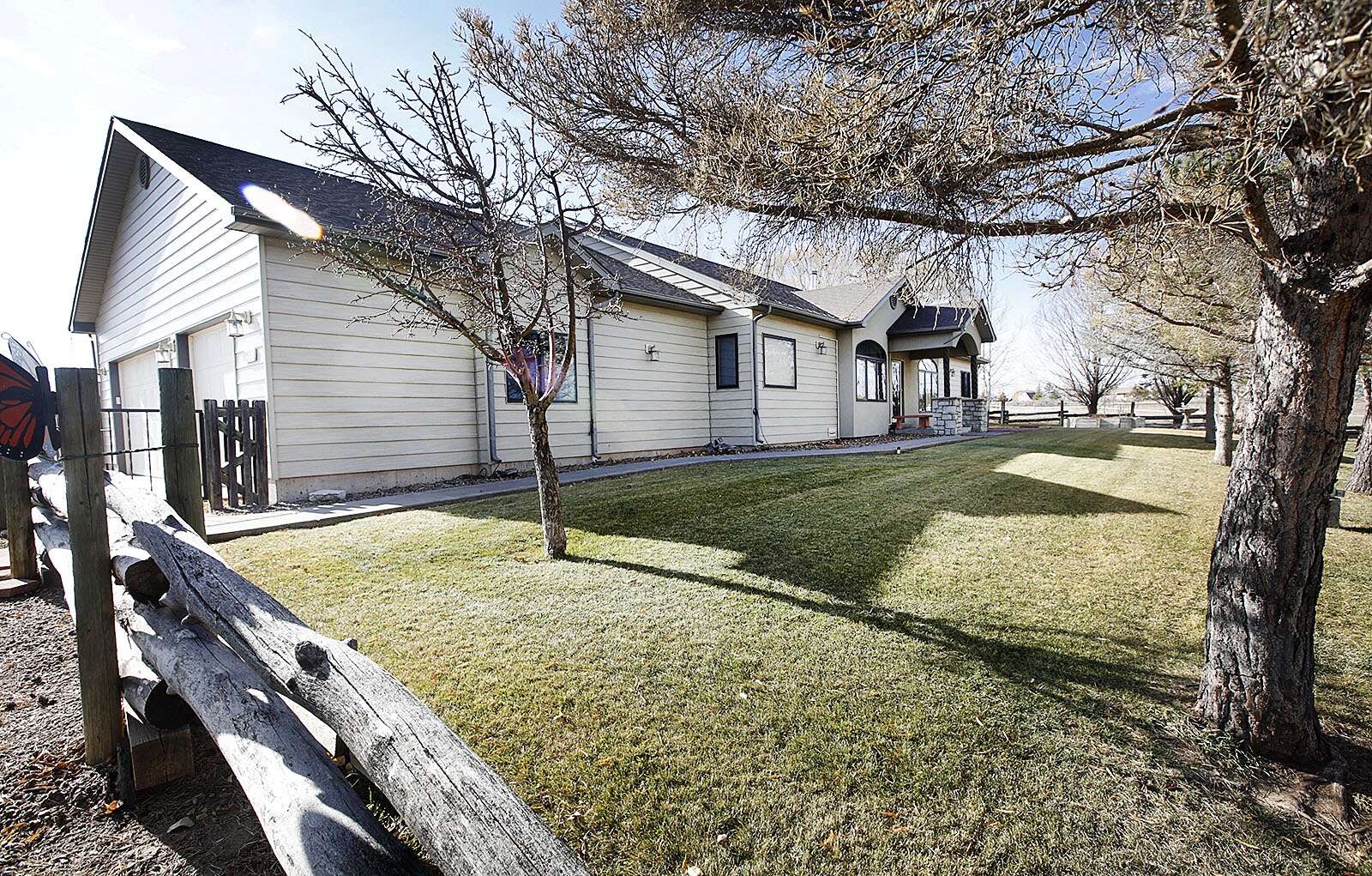 Dan and Amanda Prince just bought this house in the southeast of Durango. Real estate agent Todd Sieger said that in today’s real estate market homes are bought as soon as they go on sale and the inventory of homes for sale is very low. (Jerry McBride / Durango Herald) 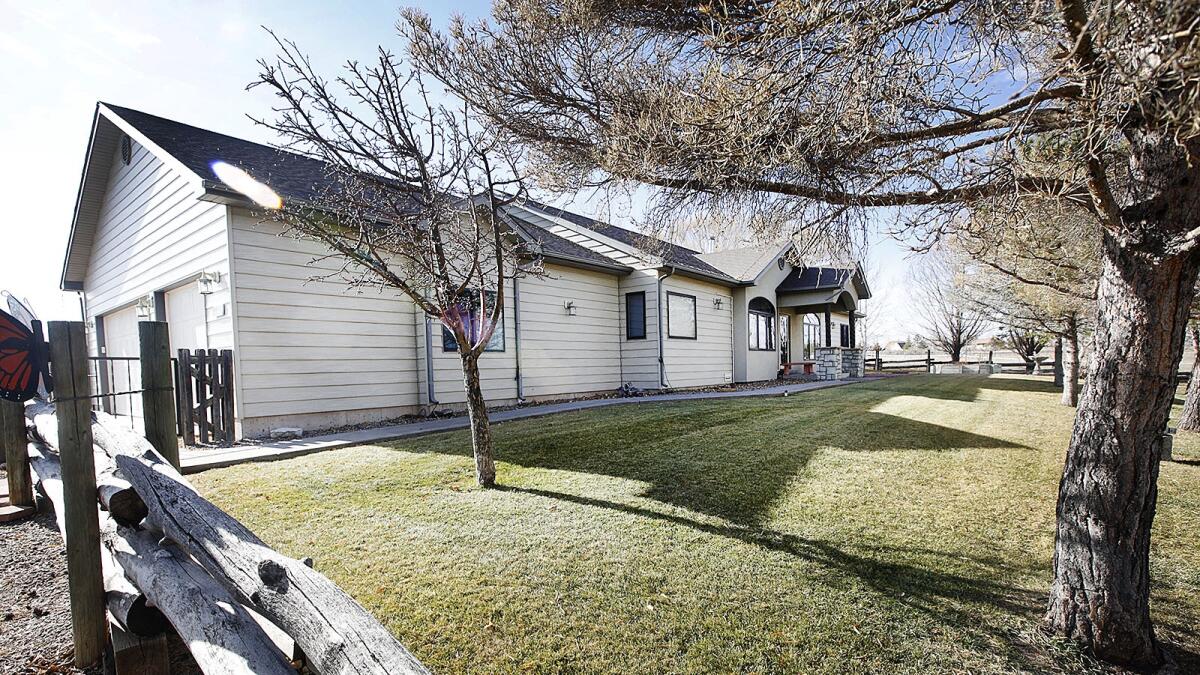 In the early 2000s, when Sieger was just starting to get into real estate, he said Aspen, Telluride, Steamboat Springs and the like were the hot markets. People in the eastern United States were buying property in these cities. In Durango, the predominant out-of-state buyers came from California and, to a lesser extent, Texas.

Today, Sieger said he spoke to more buyers in Chicago, Philadelphia, New York, Washington, DC and Boston in the past 18 months than he had in the previous 20 years. .

He attributed it to urban theft caused by the pandemic.

He said the Durangoans take the great outdoors that the region offers for granted. He said that during mass quarantines and stay-at-home periods, residents here were not locked in 30-story apartment buildings.

“I know people who have rented a car and have just started driving west,” he said. “Maybe they ended up in Durango, somewhere in Wyoming, Montana. Even South Dakota. Some of these markets are doing exceptionally well.

Sieger said people have started to find those rural places in the West where open space has made them feel safe during the pandemic.

If people could work remotely, they did so by visiting Durango during their escape from the city. Some of those visitors, Sieger said, have fallen in love with the area.

“And I’ve dealt with tons of people over the years, they will come here on vacation and they will fall in love like everyone else,” he said.

In the past, these people might get excited about the idea of ​​moving to Durango, but then realize that they would have to give up their six-figure wages because they couldn’t find a local job that offered such a high salary.

This problem is sort of a thing of the past, with remote working becoming a new normal due to the pandemic, Sieger said. Now these people can bring their work with them. Often, people leaving the city find that they also have a few extra hours of free time during the day, which were previously spent commuting.

Social networks are the vector for many free advertisements. New owners in the area share photos of their home or the city or the mountains, their friends and family see the photos and decide they want to move here too, Sieger said. 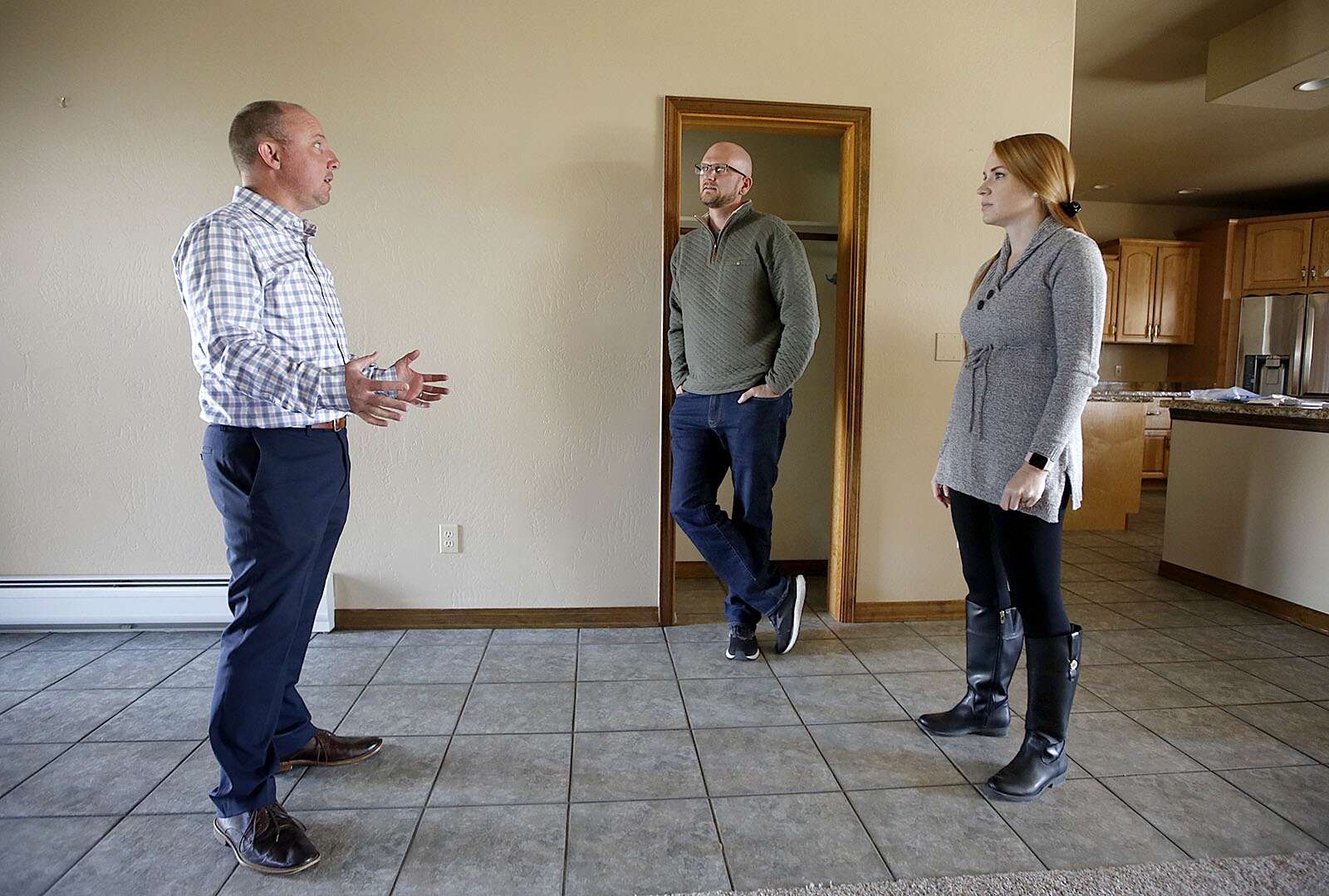 Todd Sieger, left, said he has spoken with more potential East Coast Durango owners in the past 18 months than he has in the past two decades. Sieger said Durango was “discovered” as a place to live after the pandemic took hold in 2020. (Jerry McBride / Durango Herald) 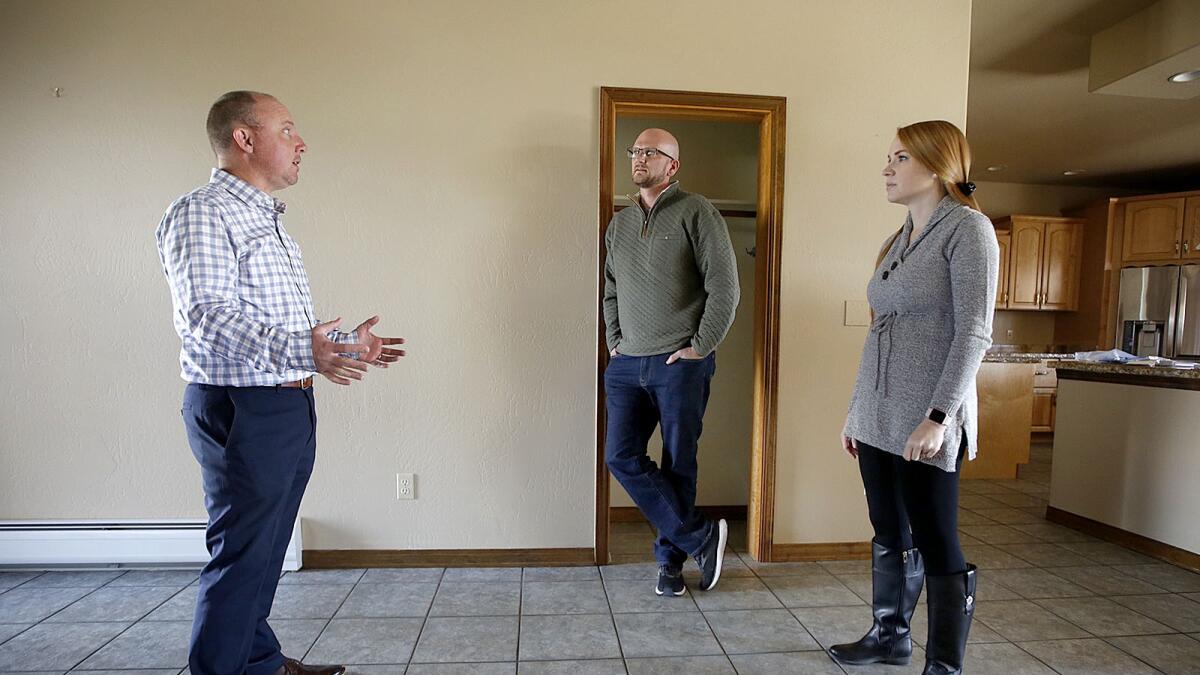 In the old market, if a home went up for sale, it could stay on the market for weeks, months, or even a year or more, said Sieger. In those days, the key to getting a buyer’s attention was to keep the property’s marketing materials up to date.

“Now it’s like, let’s get this to market as quick as possible,” he said. “But then we spend a lot more time sorting through the offers. “

Sieger said these days he could have five to 10 bids on a single ad. It presents all the offers in a spreadsheet to weigh the pros and cons “because not all offers are created the same way”.

He’s always taken professional photos of properties and he still reviews properties for them, but he hasn’t had to take a new perspective on marketing lately because everything sells out so quickly.

He said it was normal for the market to slow down as winter approaches, but as long as it stays a little warm, homes can sell. The only problem is that there is nothing to sell.

Real estate marketing used to be a tedious, but low stress process. Now, instead of spending so much time on the marketing side, agents jump on offers as soon as they get them. Sometimes that means putting off their personal lives.

“So if they (the seller) say we want to put it on the market on Friday and that you were planning to go camping on Saturday and Sunday with your family, cancel those plans,” Sieger said. “Because you have to be available to answer questions. “

If an agent receives five offers on an ad, he said, they can’t just tell buyers they’ll respond to them.

“These buyers want an answer now because if there is another property they could move on it,” he said. “And you just need to wrap it up and get everyone on the same page.”

Sieger said clients of Distinctive Property have high expectations of agents to return emails, texts and phone calls immediately. He said timing is the key, but at the same time, agents like Sieger are people too.

Planning that vacation or spending time with family can be a difficult task in a rapidly changing market like Durango.

“You could say we’re going to camp on the July 4th weekend,” Sieger said. “But on June 28, you get a call from someone saying, ‘Hey, we want you to list our house next week. “

“Are you canceling your camping trip with your family or are you declining this ad?” It’s an income, it’s our job. It’s a tough balance and it’s taken its toll on a lot of people, a lot of realtors over the past couple of years.